A work table at centre, a 3D printer, a laser cutter. Stefan Staudacher is working on a “VW Bulli” in XS format. It’s supposed to eventually turn into a kennel for the dog of his mate. A visit to the RWTH Aachen’s Fab Lab

His mate likes cars, and the dog needs a home. All right? Stefan grooves the front with a laser cutter. For weeks, he’s been coming to the Fabrication Laboratory, a crafting room for grown-ups at the “Lehrstuhl für Medieninformatik und Mensch-Computer-Interaktion” (Chair of Media Computing and Human-Computer Interaction) at the Hörn. Here, at Fab Lab Aachen, everyone who wishes to do so can realise his or her project with the help of computer-controlled precision tools.

The laser cutter, whose laser beam cuts a form out of flat wooden panels, cardboard or plexiglass at terrific speed, is the most used tool. The tool with the biggest potential, though, is the 3D printer. “You can basically fabricate everything yourself with it,” says Prof. Dr. Jan Borchers, head and ideas provider of Germany’s first Fab Lab. The secret star of the Fab Lab is approximately the same size as a traditional printer. But instead of toner, a 3D printer prints, for example, with melted plastic material, wood paste or cake dough. And then it will construct the desired 3D object, layer by layer, strictly as per specification from a digital template on your computer.

“We’re in the middle of the third digital revolution,” says Prof. Dr. Jan Borchers. Meaning: As of now, everybody can fabricate their own products. If you do not have a 3D printer, you can give it a try at Fab Lab and get used to the fact that analogue crafting can now be digitalised. “In the past, you wrote letters by hand or on a typewriter. Then the PC came along and the Internet: the first two digital revolutions. As a result, we communicate a lot faster and in a more cost-efficient way by email and so on. In the same manner, I can nowadays fabricate touchable, physical objects digitally with a 3D printer instead of laboriously using a fretsaw and a file.”

The same holds true for professionals. Computer scientists no longer simply sit at the computer, they experiment and pitch in: By employing digitally controlled tools, they can realise their ideas quickly, precisely and in a cost-efficient manner and fabricate prototypes. Or print spare parts for a sun lounger, or manufacture favourite parts. Just like Jan Borchers, who recently wanted to get the suitable docking station for his new mobile phone. At the time, they weren’t on sale yet, though. So he simply printed it himself.

But how do I tell my printer that I’d like to have a dark blue replacement wristband for my watch? Either I am as clever as Jan Borchers and can create a digital template, or I can download a suitable model online. Or I will wait for a software development that people at the institute are meticulously working on right now. With it, even people who have only little affinity towards computers can give commands to their 3D printer.

Factory-made mass-produced goods or individual 3D printing? The third digital revolution is a real challenge for the industry, as the docking station example clearly shows. But there are risks as well, for example, copyright problems. Or what if someone prints a weapon? “You can build in a lock that will prevent a weapon from being printed in one piece, but you can still print single component parts of a weapon and assemble them later on. This problem does compel politics and society to reflect on it,” says Jan Borchers.

With the help of easily programmable electronics from the Fab Lab, the fabricated objects can even learn some tricks or be interactive. Whether it is an umbrella with a weather warning system, an illuminated brooch, or antique-like movie props – everything is possible. If you don’t have the courage to do it alone, assistants will help you. Gladly and free of charge.

Open Lab Day is every Tuesday from 11 a.m. to 7 p.m. Here you can make an appointment online.

…and for schools and businesses, there’s a

On request, the FH Aachen’s FabBus will show you how 3D printing works

If you want to learn how to print three-dimensional objects, but don’t want to visit the Fab Lab, you can book the FabBus of the FH Aachen. At least local schools and businesses can. Andreas Gebhardt, Professor for Mechanical Engineering and Mechatronics as well as Head of the GoetheLab for Additive Manufacturing at the FH Aachen, and his team have invented the rolling laboratory. The FabBus will come by and bring the know-how to schools and businesses. With experts, eleven 3D printers and a showroom with a coffee bar. More information here. 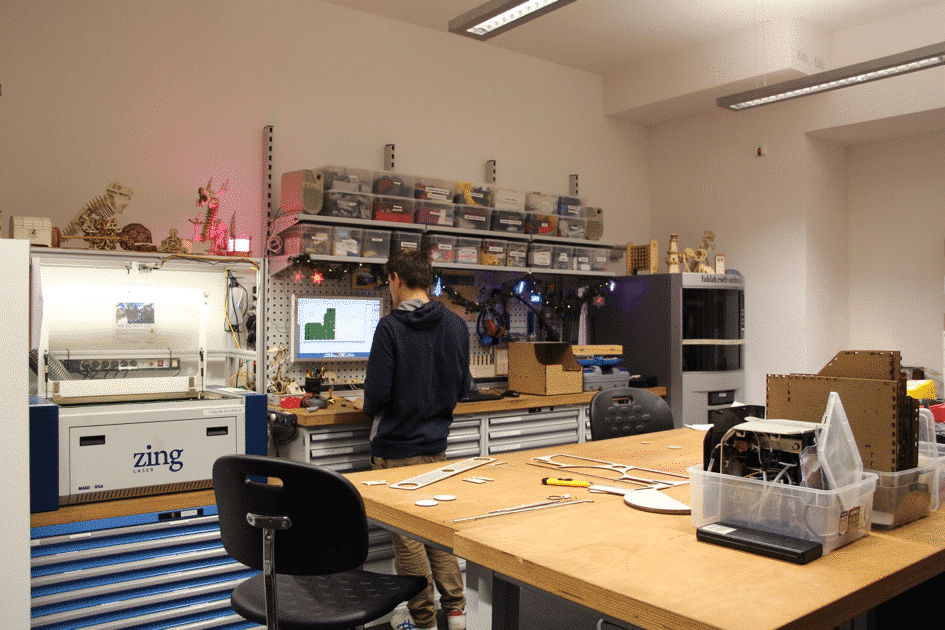 Fab Lab: This is what it looks like inside the digital craft room of the RWTH. (Photo: Stadt Aachen/Elena Reinders)

Stefan checks the radiator grill of his miniature VW Bulli, which he is working on at the Fab Lab for a friend. (Photo: Stadt Aachen/Elena Reinders) 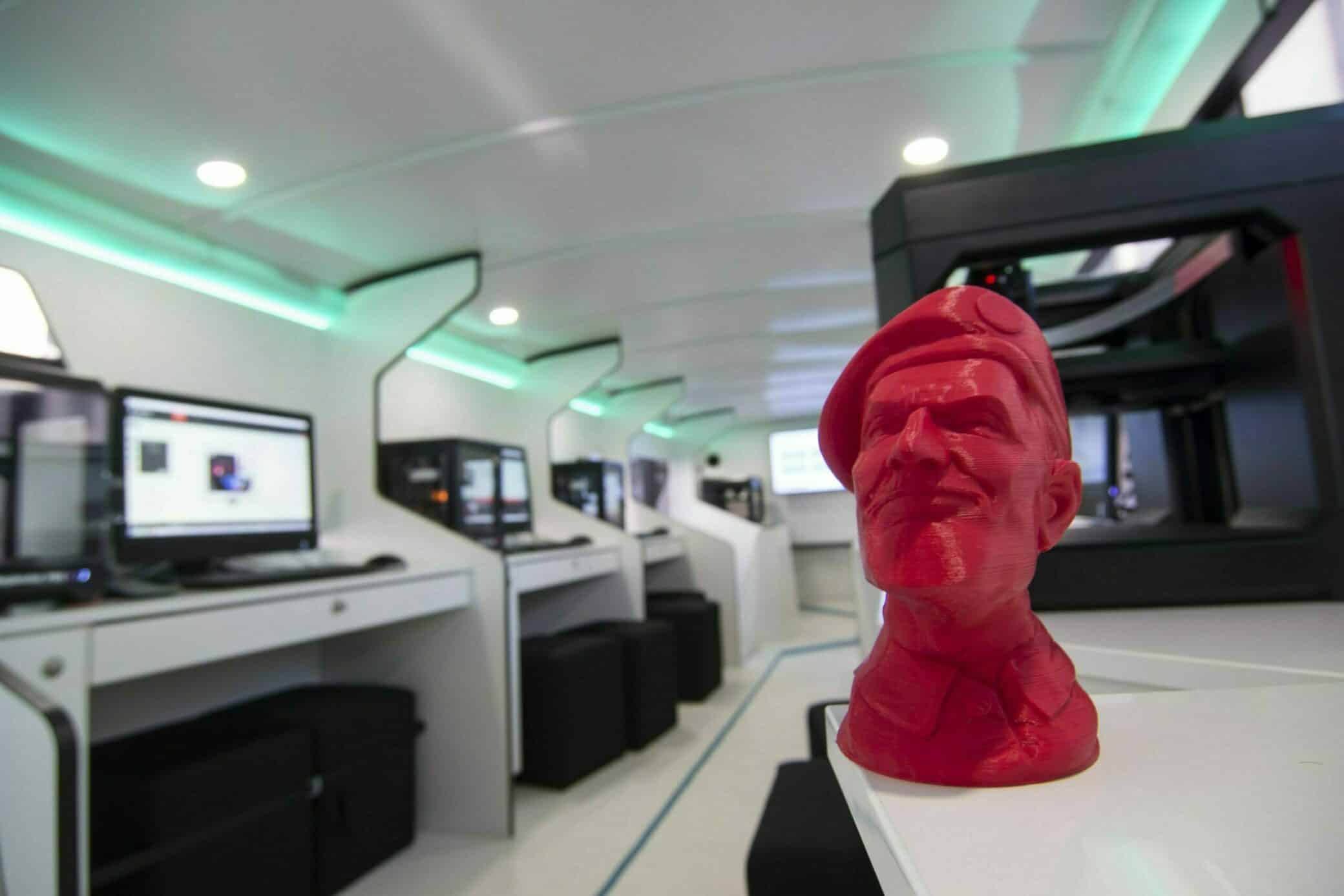 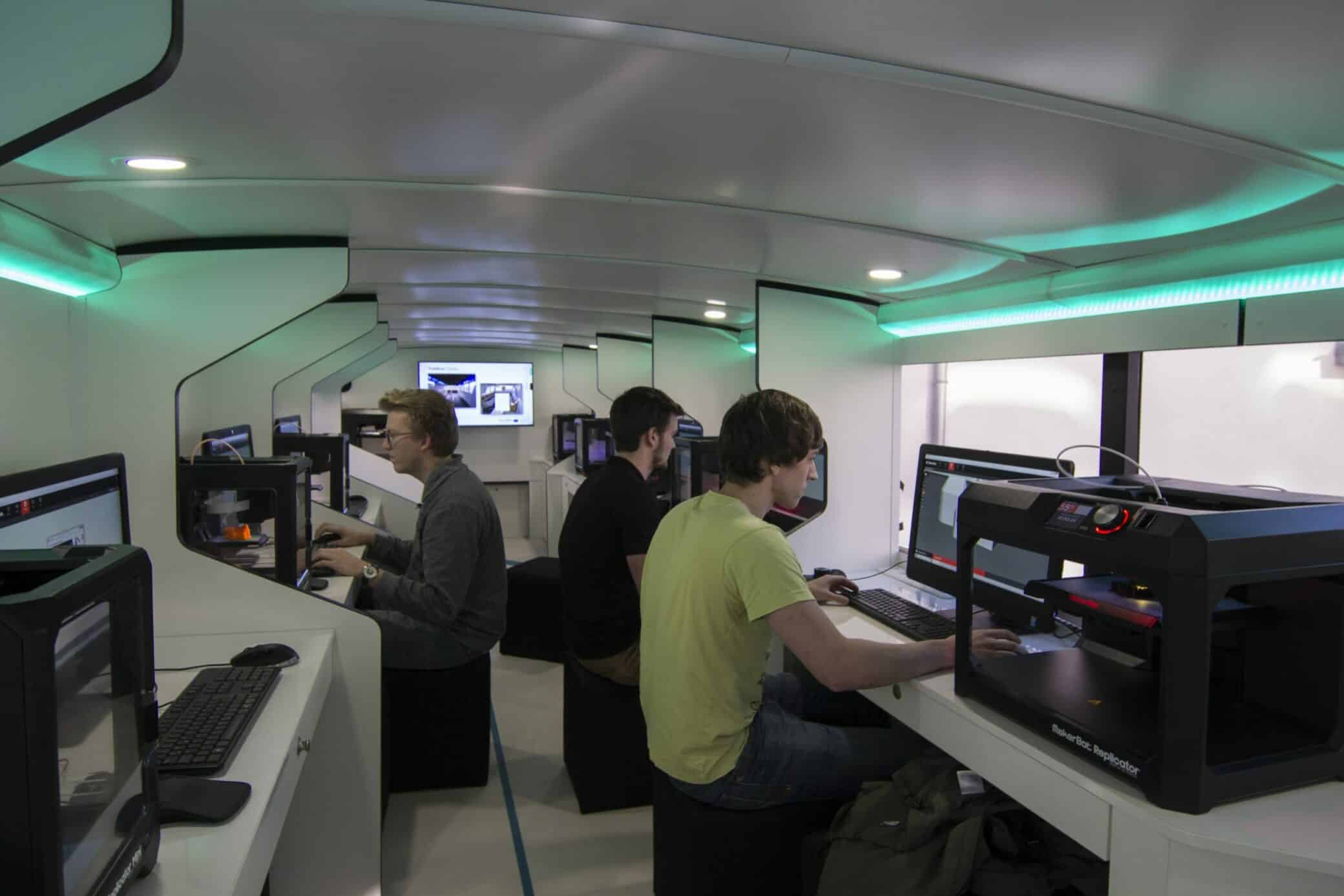 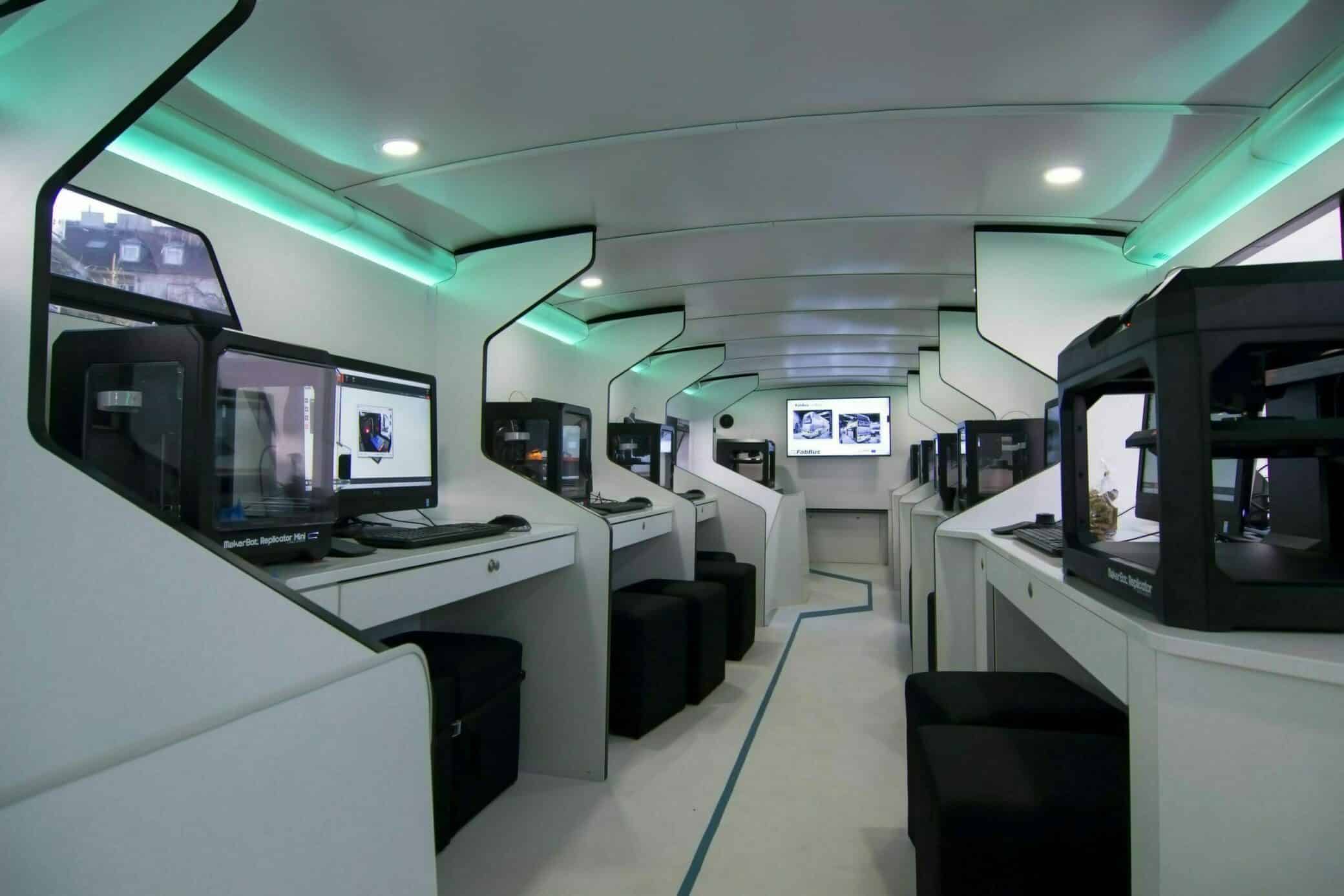 The sky over Aachen

The Public Observatory (“Volkssternwarte”) at Hangeweiher has been in operation since 1935 – a joy for Aachen’s hobby […]
Be there!

C.A.R.L.: trial run for the new lecture hall complex
Be there!