A typical Aachen success story: the RWTH start-up Meotec was established on Campus Melaten, and is now expanding at Aachen’s Triwo Technopark.

Are you actually doing what you initially set out to do? That is the question, according to Christoph Ptock, that start-ups often ask themselves. “In our case – I’m pleased to say – the answer is, ‘Yes!’ ” Ptock is Meotec’s operations manager and authorised representative. When his school friend Alexander Kopp founded the company nine years ago, he was in on the venture from the very start. The two RWTH engineers in their mid-twenties found the start-up financing they needed to pursue their idea: to render magnesium capable of being used to manufacture resorbable magnesium implants for medical applications, for example screws, rods and plates for victims of accidents who, thanks to these bioresorbable implants, could be spared the necessity of a second operation. This would mean less suffering and pain for the patients, and lower costs for the health insurance system.

A complete process chain under their own direction

The plan worked, and Meotec got better and better at mastering two key challenges. In response to a market scarcity, they developed several magnesium alloys to cater for the extremely sophisticated demands of the medics. And they refined the coating process for the implants to make it possible – by controlling, for example, the thickness or the porosity of the coating – to precisely adjust the degradation rate of the individual implant, i.e. the period of time until it begins to dissolve. Meotec moved in 2016 from Campus Melaten to the Triwo Technopark in the east of Aachen, where it now operates a proper small factory. “It’s a complete process chain,” says Christoph Ptock. “We develop the alloys, cast them, machine the material, shape and coat the medical products – and even pack them ourselves.”

In the course of this success story, Meotec has grown – not only in terms of the size its interdisciplinary team, currently numbering 35, but also in terms of the breadth of its portfolio. Today, Meotec also enjoys success as a producer of magnesium semi-finished product for other manufacturers, and also surface-coats aluminium and titanium work pieces – not only for the med-tech sector but also for clients in the automotive industry, including VW. And a further mainstay has been added to the company portfolio: forming processes. In its own special press, Meotec mechanically processes the high-strength light metals to render them more resilient. This makes it possible for medical implants to become smaller and lighter.

Technology is not everything

But Meotec’s success story is by no means based on pure technology alone. “Because we do a lot of the work ourselves, our know-how is very effectively protected,” says Christoph Ptock, listing some of the strategic essentials. “We don’t have an investor pushing us, so we can manage our risks as we see fit. And Aachen offers enormous potential as a location. Many of the people working for us are graduates from the RWTH and the FH Aachen.” Very important: good connections to the people who shape the key opinions in the various business sectors and on the client side. This enables Meotec to research and produce in direct response to real-world demand.
Another important factor is the distribution of tasks. Authorised representative Christoph Ptock, who also studied communication sciences, explains what this means by using himself as an example. “I’m more of a structured type and approach things in a completely different way to my colleague Alexander Kopp. He’s incredibly creative, he drives our innovations, thinks up new products and business models. But, on the other hand, management control systems aren’t really his thing.” Meotec distributes tasks among its employees according to exactly such criteria, says Ptock – and the spacious extension to the factory currently being built for the company domicile proves the point: this is a coherent model!

They founded Meotec as a start-up and turned it into a successful SME: Christoph Ptock (l.) and Alexander Kopp.
(Photo: Meotec) 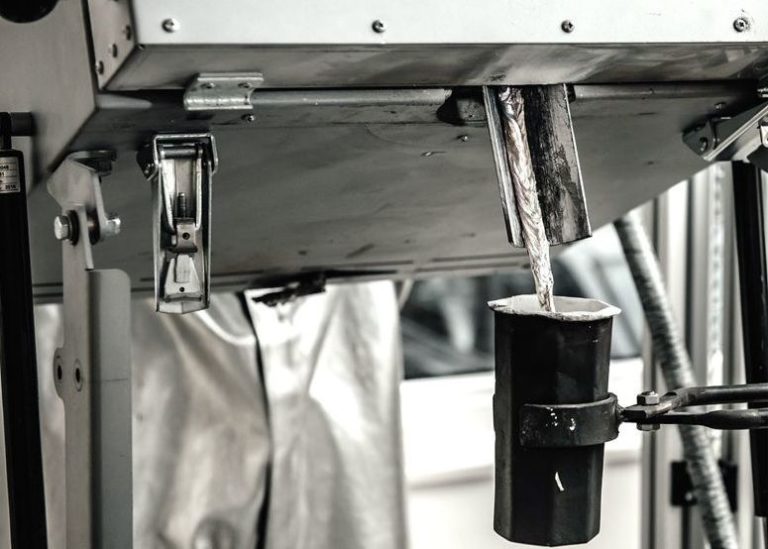 A typical Aachen success story: the RWTH start-up Meotec was established on Campus Melaten, and is now expanding […]
Economics

The sock needs the right holes

Textile technology meets medicine. Valentine Gesché and her team are working on a method for the automated production […]
Economics | Heads

On Friday, September 13, 2019, RWTH and the City of Aachen will award Hans Peter Stihl the Aachen […]
zum Magazin