Why has my train been delayed? 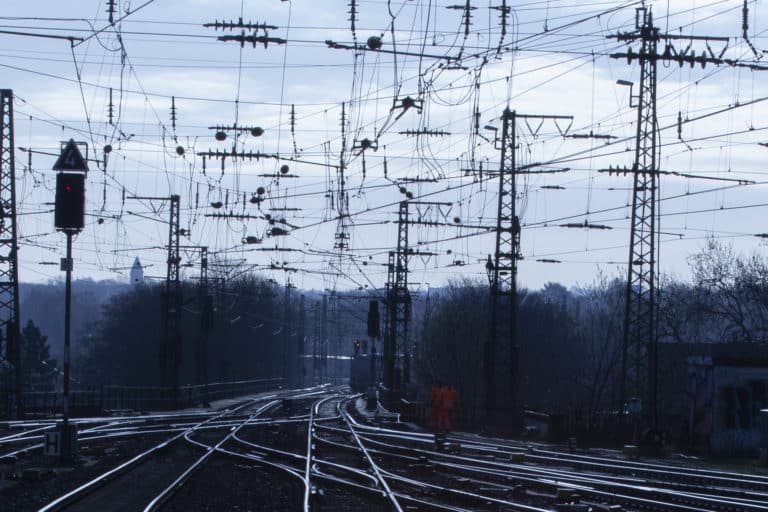 “Attention passengers for the 7.20 RE1 to Hamm. Today’s departure will be delayed by circa 20 minutes due to the delay of a train travelling ahead of it on the same line.” A familiar announcement to frequent railway passengers. But what is the real reason that trains are so unpunctual? FH Aachen professors Bernd Schmidt, Haldor Jochim and Ingo Elsen offer their answers to this question..

FutureMag: Environmentally friendly and safe — rail transport has a future. And yet it’s a constant source of irritation, especially because of all the delays.
Jochim: It’s definitely true that, in the meantime, long-distance rail transport has become dramatically bad. Local rail transport is significantly better.

FutureMag: The Deutsche Bahn even confirms that. At the beginning of the year, the DB announced that, in 2018, it achieved an average punctuality over the year of almost 75 percent in long-distance connections and 94 percent in regional connections.
Elsen: One of the main problems is that the delay announcements are often incorrect. This is my personal experience: I’m standing at Aachen Railway Station, waiting to catch the ICE from Brussels. The train is announced as delayed, by 10 minutes, by 25 minutes, by 45 minutes. Some passengers leave the platform, and then the train arrives with only 10 minutes delay. Hardly anyone hears the announcement, and 30 irritated business travellers miss their train. Recently, the situation has improved somewhat thanks to a new forecasting system, but the problem itself remains unsolved.

FutureMag: And what would you say are the reasons for trains being delayed?
Jochim: The main reasons for delays are … delays! That’s definitely true for over half of delayed trains. But why the trains ahead of them on the same lines are delayed is often hard to understand. One reason is certainly that there are many more trains on the tracks than 20 or 30 years ago.
Elsen: Exactly, one of the issues is the capacity of the rail network…
Jochim: …and that has not kept up with the increasing demand.
Schmidt: But it’s also due to management problems, material problems and even political agendas. Then there’s the fragmentation of the services: passenger information is provided by one company, the rails are serviced by another company, rolling stock scheduling is done by a third company, and maintenance of the trains by a fourth.
Elsen: Plus the systems for travel information are fed from all sorts of different other systems. So getting a uniform view of all the data is a major challenge.

FutureMag: Aren’t digital approaches any help?
Schmidt: Look, if I have a system and I’m trying to take people out of it, then I first have to ask myself what, for example, did the operator of the signal box do here? When they moved the Aachen Railway Station’s signal box to Duisburg, we had a 15 percent drop in performance here. And that was simply because the signal operator in Duisburg could no longer see the trains arriving, or how many passengers were waiting on the platform, or whether it might not be a good idea to change the assigned platform for that particular arrival.
Elsen: Another aspect is that when capacity is already at its limits, it’s not easy to make better use of that capacity. And that’s a problem that digitalisation, initially, is not at all the answer to. When I have experienced operators who wave the trains through as soon as possible, I first have to process their experience as data and feed it into a system. There are scenarios that are far too complicated to map.

FutureMag: The Federal Government has set itself the goal in its Coalition Agreement to double the number of train passengers by 2030. Is that realistic?
Elsen: Well, that’s more of a project for the next 25 years; I think we all agree on that. But what I can’t understand is how someone in politics can allow themselves to get carried away and say, I want to have twice as many people travelling on trains, but not say that to achieve this target they will have to come up with 100 billion Euros over the next 15 years. Because that is what it will cost.
Schmidt: The way I see it, we’ll end up using double-decker coaches on long-distance routes — that’s what the French have done, with great success.

FutureMag: How do you prepare your students for topics like this?
Schmidt: Obviously, so that our graduates have good job prospects. Our people who come out of the FH Aachen are 3- or 4-times overbooked.
Jochim: Speaking for myself, I’ve been dreaming for ages of an interdisciplinary course of studies in Mobility…
Elsen: I’d like to see that, too! After all, that’s going to be one of the major social issues of the next 30 years. 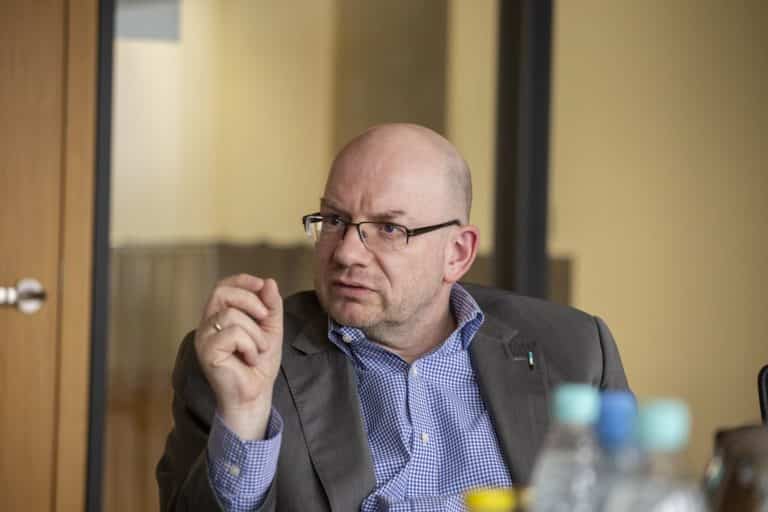 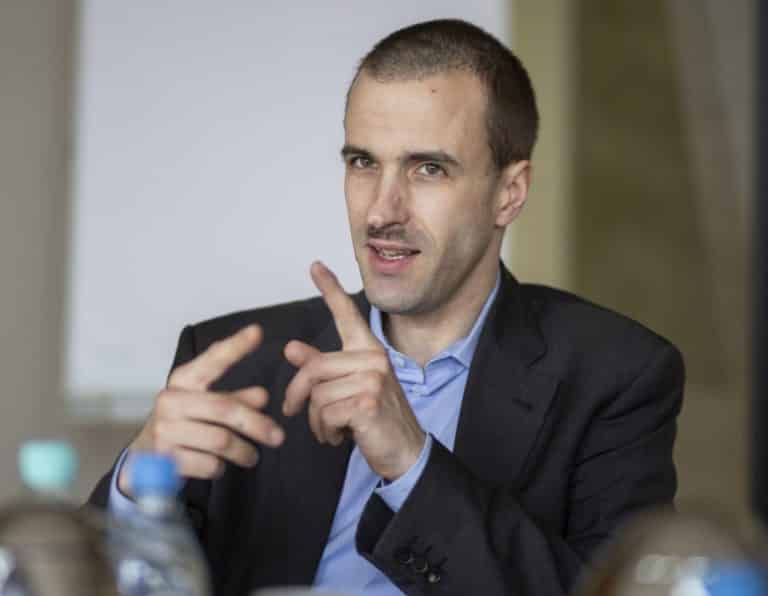 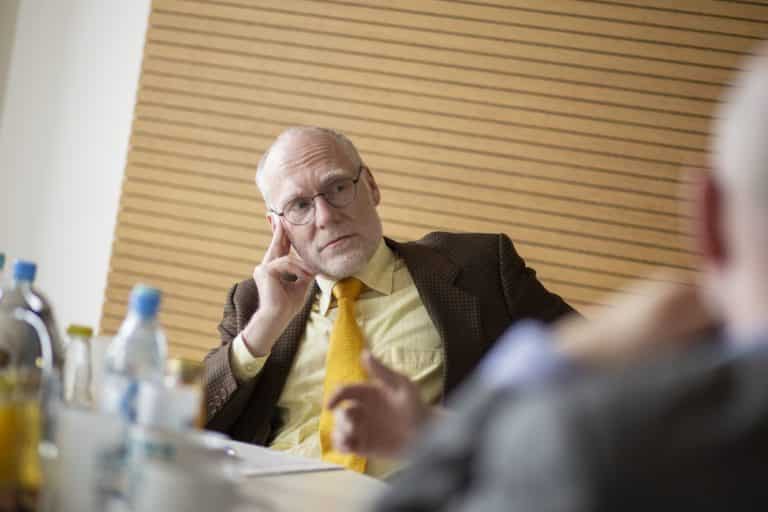 Flying to the rescue

Where competitors are the best of friends