After the fire at the WZL 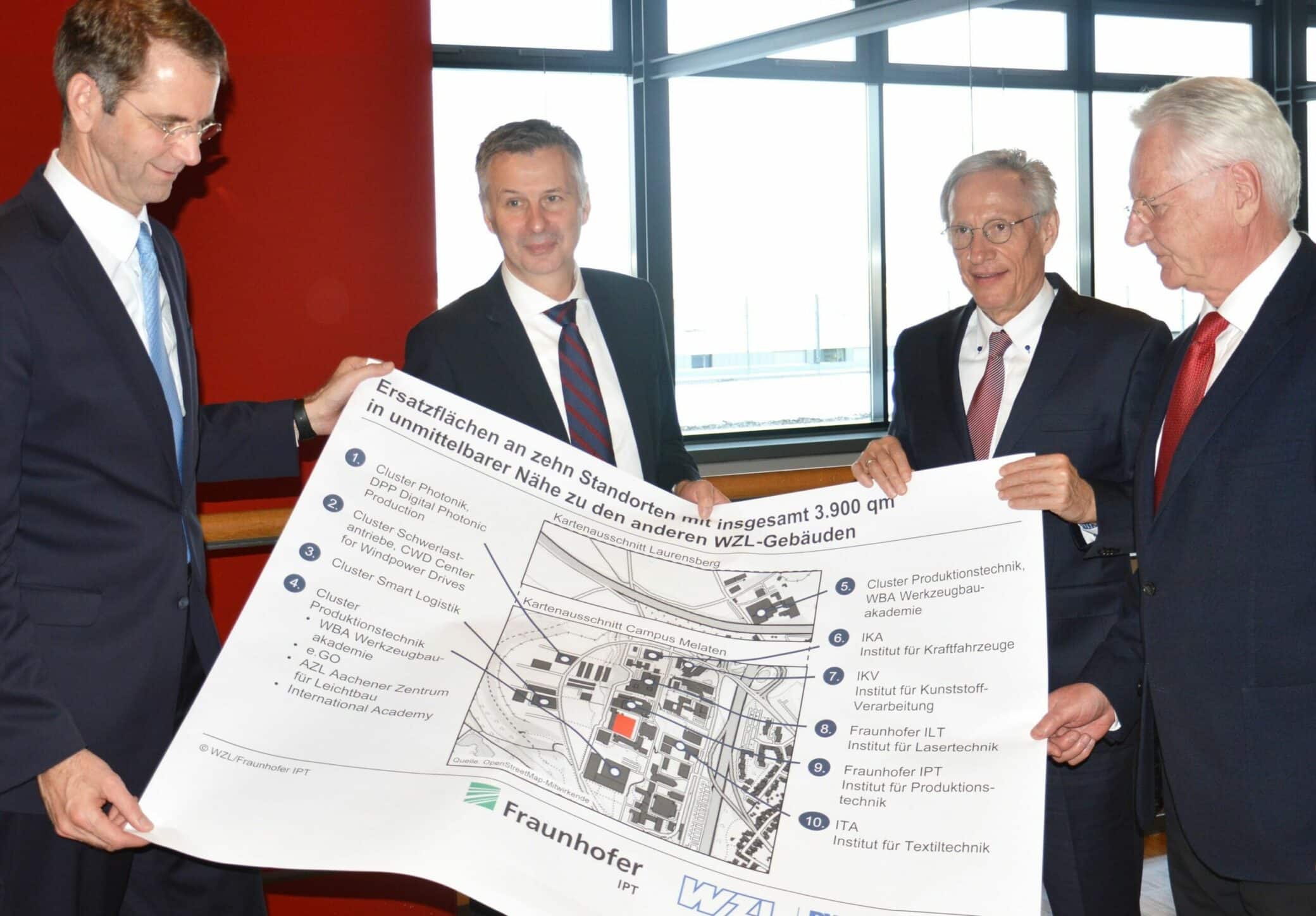 This piece of news did not just shock Aachen: A machine hall of the Laboratory for Machine Tools and Production Engineering (Werkzeugmaschinenlabor, WZL) at the RWTH Aachen University burnt down on the night of the 4th of February. Where does the WZL go from here? Forwards! Now more than ever, says Günther Schuh.

In particular, the test facilities of Professor Fritz Klocke’s and Professor Robert Schmitt’s chairs have been hit hard, the machine shop, the training workshop and the electronics workshop.

The estimated material damage amounts to 100 million Euros. A lot of people have reached out to the WZL since the fire, offering their help – colleagues and partners, particularly from the industry. The state of North Rhine-Westphalia wants to help as well. State Secretary Dr. Thomas Grünewald announced this while informing himself on location.

Now More Than Ever
A few days after the fire, the 150 employees who worked in the now burnt-out machine shop were already continuing their work at interim workplaces. The WZL employs altogether 800 people in several buildings. Junior researchers and doctoral candidates among them, such as Diplom-Ingenieur (Master of Engineering) Christian Wirtz, whose research findings got lost in the fire. Despite the shock and dismay, he and his colleagues were already thinking about solutions the very next day, he says. “None of us wanted to give up. Everyone was ready and willing to improvise and pull together.”

Since then, a crisis management team – WZL, Bau- und Liegenschaftsbetrieb NRW (BLB, Building and Real Estate Management Authority), university management and facility management at the RWTH Aachen – has been acquiring substitute sites and facilities at full speed. “We aren’t giving up any of our strategic research objectives. We don’t want to just fix the damage, we want to remain a significant opinion leader in a digitally enriched and networked world of production,” says Professor Günther Schuh, executive director of the WZL: “Now more than ever.”

“Leading machine tool companies and equipment manufacturers have already promised to provide machines and equipment, as a loan, for the next two years. Ten machines have been affirmed by now,” says Professor Fritz Klocke, whose research area has been affected the most by the fire.

The WZL needs around 25 larger machine tools and measuring machines. For the interim period, substitute sites of a size of roughly 3,500 square metres are required. In the Aachen region, the WZL has been offered ca. 30 substitute sites of more than 15,000 square metres. In order to ensure the necessary close cooperation between the various research teams and shops, the head of the institute has decided on ten locations of altogether 3,900 square metres in immediate proximity to other WZL buildings.

Professor Robert Schmitt, whose metrology and robotics research has also been hit hard by the fire, thanks the Fraunhofer-Institutes IPT and ILT, the campus clusters Production Engineering, Smart Logistics, Photonics and Heavy Duty Drives as well as the RWTH Institutes IKA, ITA and IKV for being so generously accommodating: “The damage for the students whose Bachelor and Master theses have been affected can be kept to a minimum this way.“

New and Larger Hall
The state government of North Rhine-Westphalia has already discussed the first transitional funding in the cabinet. Like most university buildings, the WZL machine hall belonged to the BLB and is self-insured. The test facilities and laboratories were part of the so-called initial set up of the affected chairs, which the RWTH, with help of the Ministry of Science, provides for them.

With impressive speed, the BLB and the RWTH swiftly designed a plan for the potential, long-term replacement of the lost spaces. In a time frame of 18 to 24 months, the burnt down hall (4,300 square metres) will be rebuilt, slightly larger than before, in the exact same place.

As a matter of fact, even before the fire, the size of the sites had by no means been sufficient anymore.

Research in the area of production metrology has changed significantly in the last years. Nowadays, entire process chains have to be increasingly investigated, not just single production processes. In the last years, the WZL has made a name for itself as a world-valued “pace maker” of progress in research regarding hybrid machine tools and integrated production processes, which is demonstrated by the findings of the excellence cluster “Integrative Production Technology for High-Wage Countries”.

Yet, the sites that are at the WZL’s disposal have not simultaneously increased in size as well. This is why the WZL would like to take the opportunity to ask the state of North Rhine-Westphalia to additionally build an extension hall with an area of 3,000 square metres in immediate proximity to the “old” WZL hall.

WZL Foundation and Call for Donations
For this extension hall, equity capital is required. The WZL does not have enough funds of its own to build the extension hall quickly. This is why the WZL needs support from third parties. The WZL Foundation shall be utilised to generate the funding necessary for the construction, or the co-financing, of the extension hall, for additional lab equipment, and for the transitional funding as well as the seed funding of research projects. The formation of the foundation was set up last year by the WZL’s board of directors. Initially, it was supposed to be used for tasks regarding the funding of production sciences. Now, the foundation shall contribute to a speedy construction of the replacement hall. The professors of the WZL will fully donate their private shares of the WZL Aachen GmbH. In this way, the foundation will already be provided with assets in the amount of, at least, 2 million Euros. For the realisation of the plan, a further 4 million Euros will be required in the form of donations.

All donors will receive a donation receipt as soon as the WZL Foundation has been officially registered and approved. Upon approval of the WZL foundation by the foundation oversight authority, all donations received by the Freundeskreis e.V. will be transferred to the WZL Foundation.

Professors Schuh, Schmitt and Klocke as well as Dr. Klaus Essel (Freundeskreis WZL) present a map of the substitute sites, which can be used in close proximity (from left). (RWTH Aachen)