Tracing the history of mechanical engineering – Episode 1: The Energeticon 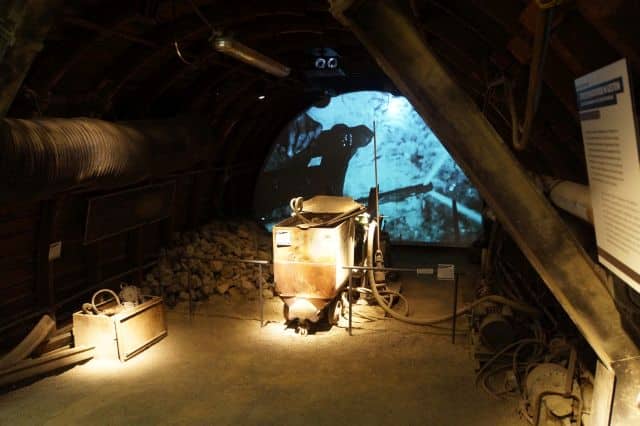 We’ve all heard those jokes about Aachen and its plethora of engineers. But is it really any wonder that there are so many mechanical engineers here? No.

The Aachen-Liège region is acknowledged as the cradle of industrial textile technology in continental Europe. And this productive textile industry – along with metal and coal mining as well as metal smelting and metalworking – generated a huge demand for high-quality technicians and engineers. After all, steam engines don’t just develop and refine themselves. Et voilà! In 1870, the “Aachener Polytechnikum” opened its doors for business – and (later as the RWTH Aachen University) has been educating generations of first-class mechanical engineers ever since.

Factories, shaft towers, chimney stacks – to mention just a few of the monuments that once populated the urban and rural skylines around here – are a reminder of that heyday of early industrialisation in the region. Future Mag will be tracing the history of those times and, in a series of episodes, will be featuring locations that are well worth a visit.

Episode 1: the Energeticon – the Earth is alive

From the Big Bang right through to the solar module – and on the way a good portion of regional mining history. At the Energeticon museum in Alsdorf, visitors can really experience first hand how energy was sourced in the past, and what the viable options are for tomorrow’s world.

The round trip in the Energeticon, just 15 kilometres from Aachen, begins in the “Sun Room”. Subtle lighting and ambient sounds drive all thoughts of the world outside from your consciousness, and in an instant the spectacular animation takes complete control of all your senses.

Moving on, you encounter the traditional German colliers’ greeting “Glück Auf!”, and you’re suddenly diving deep into the world of the coal miner. A descent down a mineshaft is simulated – with the cage vibrating and jolting so realistically that you could swear that you have descended a lot further than just down to the basement level of the building. Here the hard working conditions down a pit have been recreated in great detail. You see historical machines, the longwall, pipes and ducts, and switch boxes. Life-size film sequences and background sounds of work at the coalface create an intense atmosphere that really gives you a good idea of just how brutal the conditions were in which miners had to work in those days.

Later in the tour, you encounter the topic “Energy Revolution”. Here you can learn, interactively and vividly, all about the finite nature of fossil fuels, about the rampant growth of our energy consumption, and about climate change. You get detailed and understandable explanations of how renewable energies can be used efficiently – including an “intelligent power grid” that you can activate and balance out yourself using an exercise bike.

Down the mineshaft in the Energeticon in Alsdorf (Photo: Stadt Aachen_Ralf Schröder) 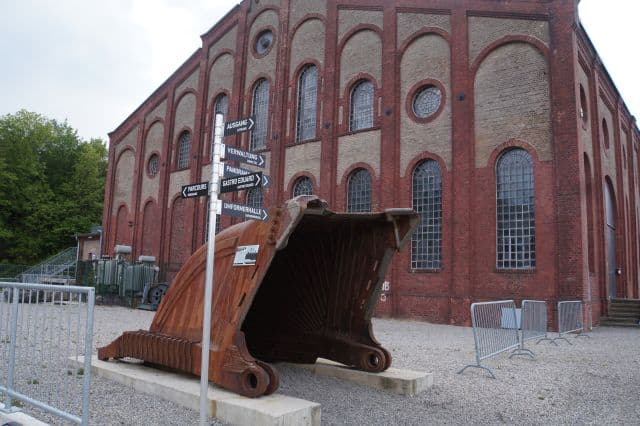 Is e-mobility viable? You bet! Georg Radermacher is on the road every day for the STAWAG, and is […]
Have a look

This is “Future Lab Aachen” at work. Aachen’s Lord Mayor Marcel Philipp’s plan was to promote awareness of […]
Have a look

Archimedes’ Sandbox on the Katschhof

Out of the physics lab, off into town – children and adolescents have built a huge machine out […]
zum Magazin